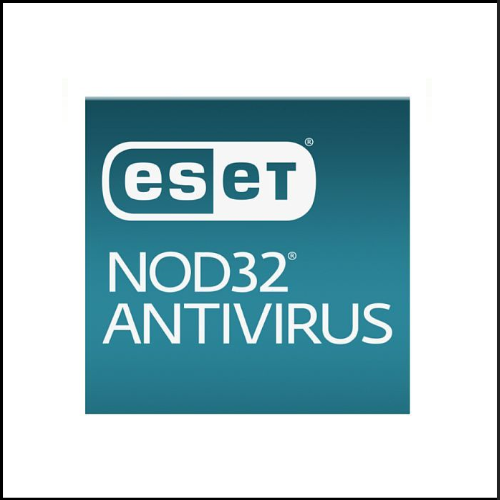 We’re sorry we’re out of stock, but we can let you know as soon as this product becomes available again.

Enter your details below and we’ll email you once this item is back in stock.

Send this product to a friend

With the legendary ESET NOD32 engine at its core, ESET NOD32 Antivirus provides essential defense against malware, built on ESET’s trademark best balance of detection, speed and usability. As well as award-winning ESET Antivirus and Antispyware, it offers Gamer Mode for lightweight protection while gaming, and includes your personal monthly Security Report. Its Exploit Blocker feature is designed to detect and defeat ransomware and lock-screen attacks. Like all ESET products, ESET NOD32 Antivirus protects your PC with our UEFI Scanner and Advanced Machine Learning. With License Manager you can manage your connected devices and licenses via our my.eset.com platform.

Protects you against all types of malware, including viruses, ransomware, worms and spyware.

Enjoy the full power of your computer. Play, work and browse the internet without slowdowns.

No system updates or annoying pop-ups while you play games or run a program in full-screen mode.

Independent evaluators put ESET among the best in the industry, shown also by the record number of Virus Bulletin’s VB100 awards.

Advanced Machine Learning, DNA detections and a cloudbased reputation system are just some of the cutting-edge tools developed in our 13 R&D centers.

Made in the European Union

ESET values, like integrity, reliability and independence, all stem from our European roots and are safeguarded by our private ownership structure.